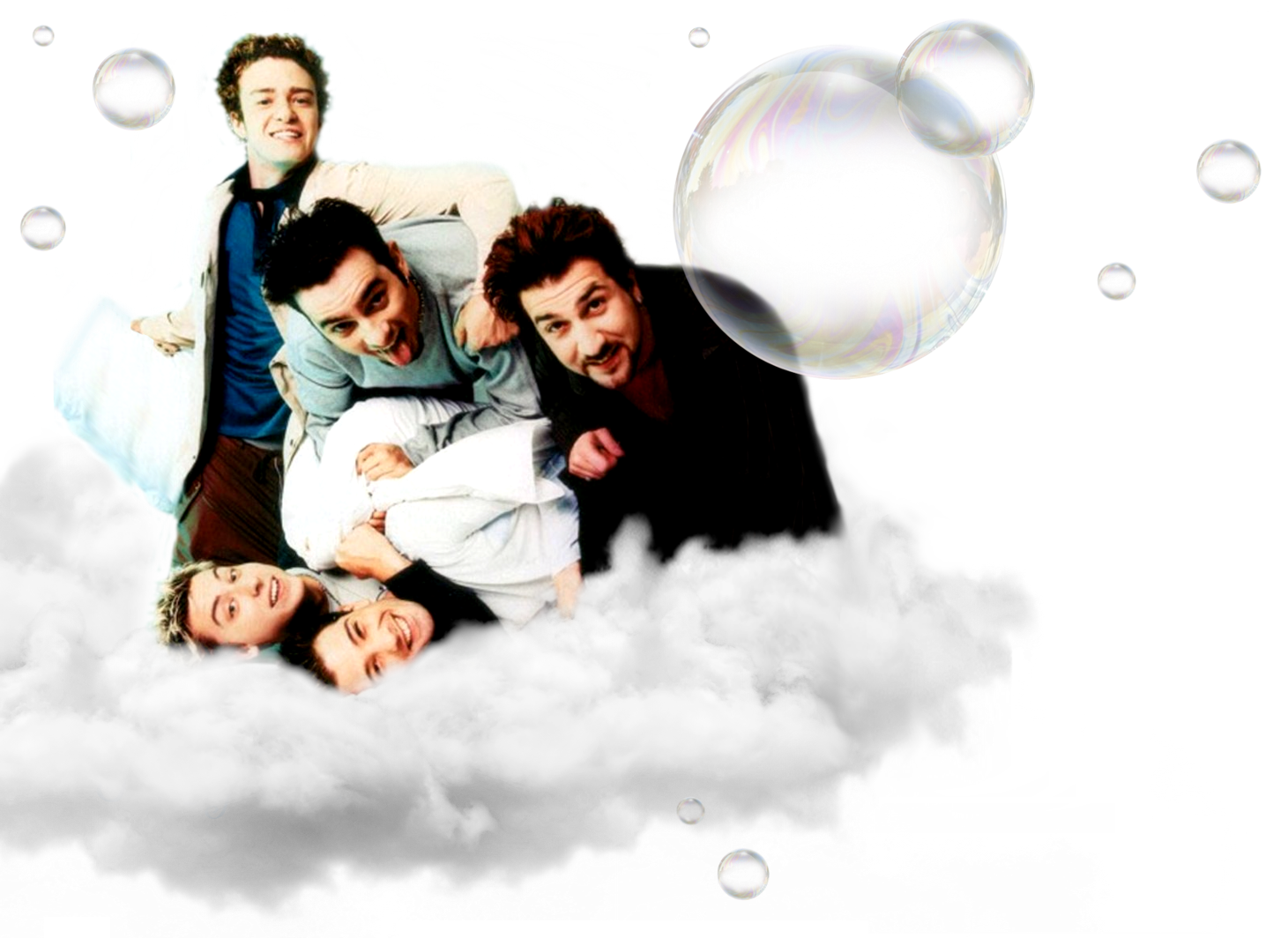 This section is home to (in my opinion) Nsync's most memorable looks. Lance once said in a recent interview that Nsync had no say whatsoever in what they wore, which adds weird layers to videos like this one where they roast each other's personal style. It makes you wonder, did Joey secretly hate wearing all that faux fur? Did Justin ever even like baby blue?? Is it all a lie??

I don't know the answer, but let's get started anyway. I feel like Joey and Justin's outfits win out of this lot. Both are solid looks. 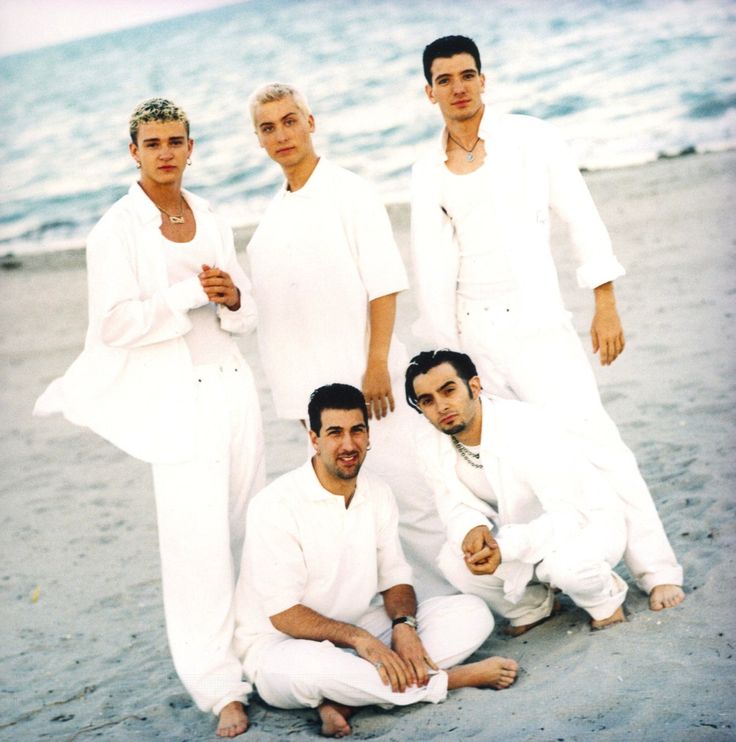 This one gets included because i'm really fond of the common photoshoot/video concept of a boyband standing on a beach wearing all white. 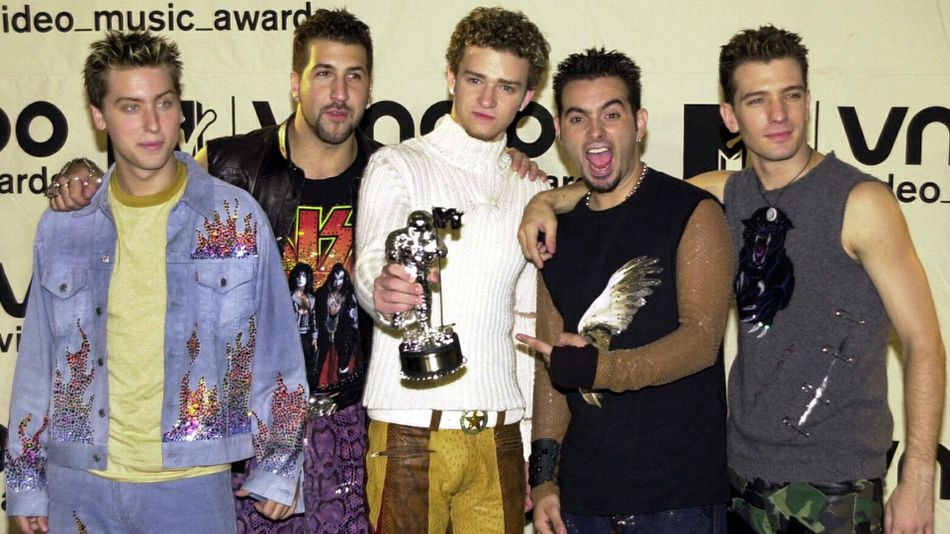 Ok, i am OBSESSED with Lance's bedazzled flame jacket. Maybe someday i'll make a replica and wear it. I also really like Justin's outfit too. But i gotta say, it's so wild to me--as someone who lives in an era where having a visible crotch bulge has been out of fashion for many many years--that his stylist saw that and was like "Yup Justin, you're good to go to the video music awards." Like omg, get the poor man some looser pants. Joey's outfit gets an honourable mention for the Kiss t-shirt and purple snakeskin. 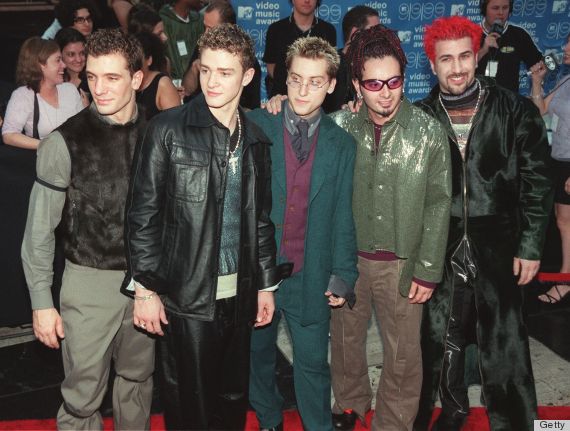 This VMA look is close to my heart because i spent so many hours looking at it when I made a Neopets layout out of this photo. I think Lance's outfit is my favourite (the glasses really make it for me, and that fact that he randomly looks so much more formal than the rest of them). Chris and Joey look great too. Idk what's JC's deal with those weird arm and leg band things, but good for him. 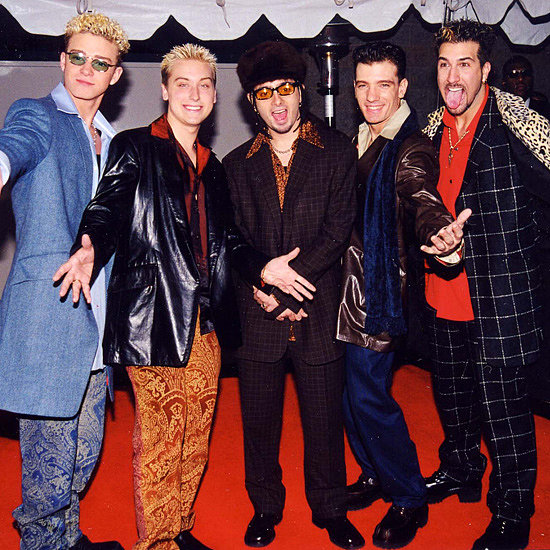 Mainly I love Chris and Justin's outfits here. Pairing speed dealer sunnies with one of those russian fur hats with a suit is the kind of bold choice that i'm glad we can count on Chris to deliver. 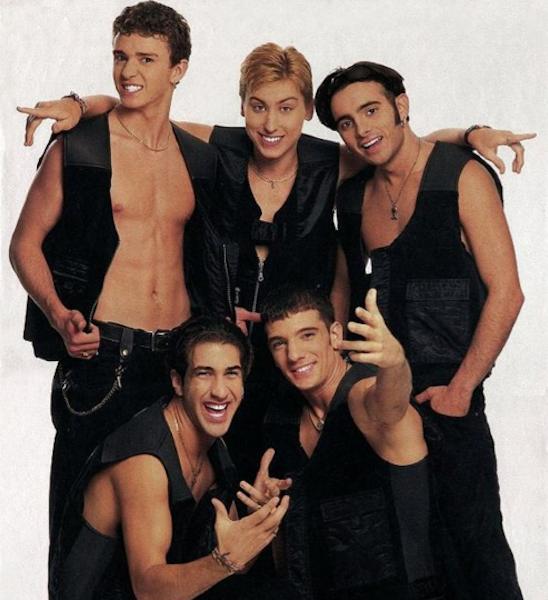 I wouldn't says this outfit is "good", but it sure is memorable, even though i'm sure Nsync might prefer us all to forget.